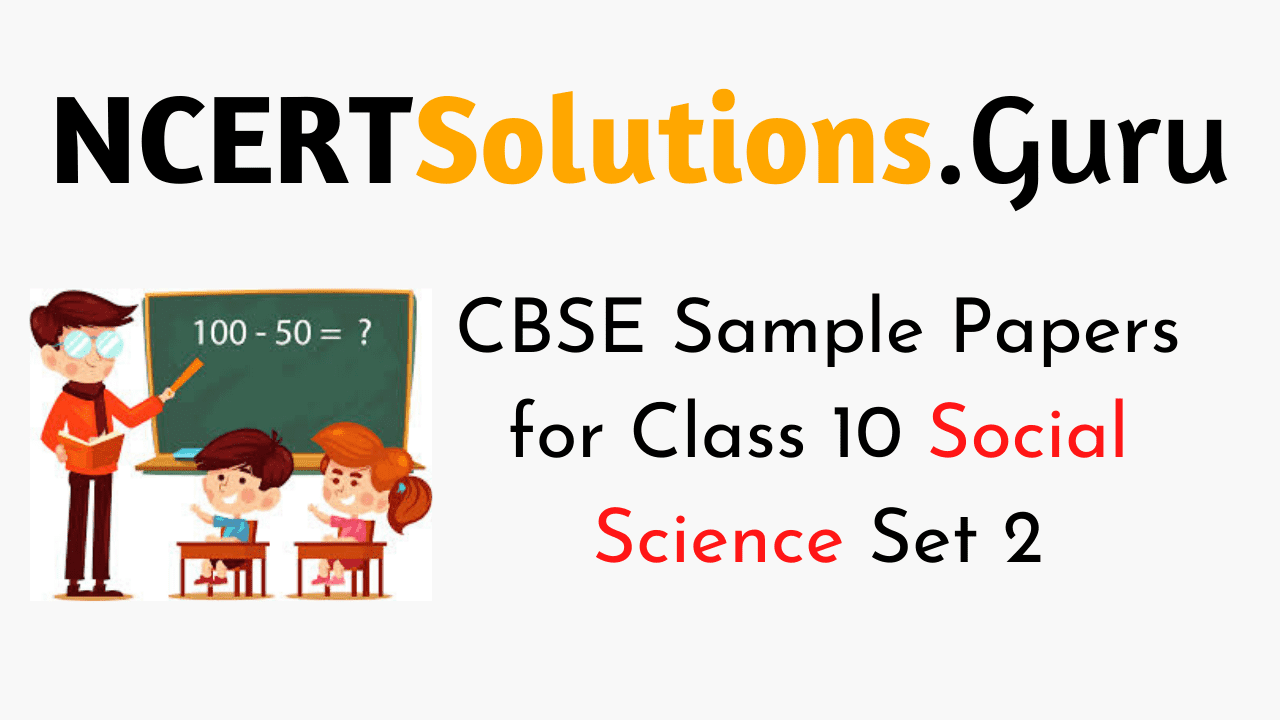 Question. 1.
What are the provinces under the Habsberg Empire ?
OR
Which was the most important cause of colonisation of Vietnam by the French ?

Question. 2.
How were woodblocks used in the early fifteen century in Europe ?
OR
What is Dastan ?

Question. 3.
What is the most important benefit of ‘hydrological cycle’ ?

Question. 4.
Which is the third level government of Belgium ?

Question. 5.
Why the modem currency is accepted as a medium of exchange ?

Question. 6.
Mr. Jammy is the C.E.O. of an MNC located in Italy and wants to invest in India. How this investment is different from foreign trade ?

Question. 7.
If you are not interested to buy a brush with toothpaste but the shopkeeper denies to sell toothpaste only. In this case which consumer right is being violated by the seller ?

Question. 8.
State three features of the Napoleonic code.
OR
Why were road and railway network built by French in Vietnam ?

Question. 9.
Why did the woodblock method become popular in Europe ?
OR
Who was the writer of first modem Hindi novel which became a best-seller ? Name that novel and also mention the reasons for its popularity.

Question. 10.
What are the various methods of soil conservation ?

Question. 11.
Ram Lai is a farmer in the state of Madhya Pradesh and wants to have some benefit from the government institutional programmes which shall be in his interest. Mention any three reforms introduced by the government in this respect.

Question. 12.
In what ways is the judiciary important for Indian Federalism ?

Question. 13.
“At least one-fourth of the globe is still not under democratic government.” Explain the challenge to democracy.

Question. 14.
What are the political outcomes of democracy ?

Question. 15.
Besides income, what are other things people may look for growth and development ?

Question. 16.
What is money ? Why is modem money currency accepted as a medium of exchange ?

Question. 18.
Mention any two rights of consumers with examples.

Question. 19.
Examine the main features of global agricultural economy that emerged around 1890.
OR
What is meant by Proto-industrialisation ? How did it affect the rural peasants and artisans ?
OR
Charles Dickens wrote in his book ‘Dombey and Son’ about the massive destruction in the process of construction of underground railways. What did he write ? How according to one newspaper reader, underground railways were a menace to health ?

Question. 21.
In what ways industries pollute environment ? Discuss with examples.

Question. 22.
Classify roads of India on the basis of their capacity.
OR
Indian road transportation is confronted with problem. Justify this statement.

Question. 24.
“Describe the popular water struggle of Bolivia.
OR
“Every social difference does not lead to social division.” Explain the statement.

Question. 25.
Iqbal is a construction worker, Raju is a mine worker and Faisal has his own tailoring shop. What is the nature of activity for each of them. Also identify the sector of economy in which Iqbal, Raju and Faisal are working. Evaluate how Faisal’s work and sector is different from the other two.
OR
Himanshu lives in the city of Gurugram. When he was in school there were few call centers in his city, while now he is in college and finds hundreds of call centres and BPOs near his locality. What factors are responsible for this growth ?

Question. 26.
(A) Two features (a) and (b) are marked on the given political outline map of India. Identify these features with the help of the following information and write their correct names on the lines marked near them. 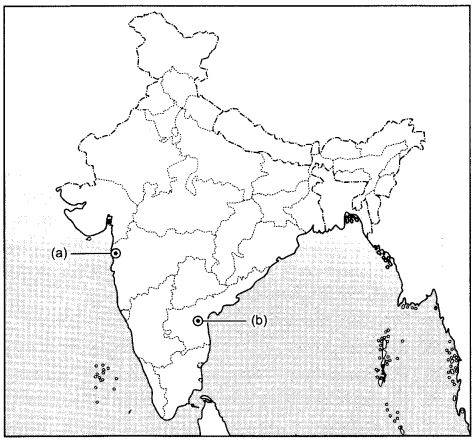 (a) A place where Khilafat Committee was formed in 1919.
(b) A place where Militant Guerrilla Movement spread under the leadership of Alluri Sitaram Raju.
(B) Locate and label the following with appropriate symbols on the same given outline map of India.
(i) An oil field
(ii) A mica mine
(iii) A nuclear power plant.

Answer. 1.
Mabsberg empire include the Alpine region Tyrol, Austria and the Sudetenland as well as Bohemia where the aristocracy was predominantly German-speaking along with Italian speaking provinces of Lombardy and Venetia. The need for constant supply of raw materials to feed the industries in France was the main cause of colonisation of Vietnam by the French.

Answer. 2.
In the early 15th century, woodblocks were being widely used to print textiles, religious scriptures and playing cards in Europe.
OR
Prose tales of heroism and adventure in Persian and Urdu are known as Dastan.

Answer. 3.
‘Hydrological cycle’ recharges the ground water which is quite essential for the sustanance of wildlife and human beings as well.

Answer. 5.
Modern currency is accepted as a medium of exchange because it is authorised and issued by the government of the country.

Answer. 6.
Foreign investment is that investment which is made by an MNC or a financial institution in another country. It is different from foreign trade as foreign trade is exchange of capitals, goods and services across international borders or territories. It helps in connecting the market of different countries across the world. It can take place through import, export or joint ventures.

Answer. 7.
In this case Right to Choose is being violated by the seller. It is a consumer right to be assured to have access to a variety of goods and services at competitive prices.

Answer. 8.
The Civil Code of 1804 was known as the Napoleonic Code.

Following were the three features of this code :

OR
Road and railway network were built by French in Vietnam because :

Answer. 9.
Woodblocks were being widely used in Europe to print textiles, playing cards and religious pictures with simple, brief texts, in the early 15th century. Before this manuscripts were being used for writing purpose which was done manually by people. The reason for the woodblock method becoming popular in Europe are :

OR
Devki Nandan Khatri was the writer of the first modern Hindi novel ‘Chandrakanta’ which became a best seller.

Answer. 11.
To benefit farmers like Ram Lai, the government has introduced many institutional reforms, which are listed below :

Answer. 12.
Judiciary is important for Indian federalism as :

Answer. 13.
According to the Democracy Index of 2012, there is democracy in 167 countries of the world, of them 165 countries are members of the United Nations.

Military should be kept away from controlling the government to establish a sovereign and functional state.

Thus, it can be concluded that at least one-fourth of the globe is still not under democratic government.

Answer. 15.
Though income is one of the most important aspect of our lives, but there are other , important things that people look for growth and development such as :

Answer. 16.
Money is anything which has common acceptability as a means of exchange, a measure and a store of value. Modern money currency has been accepted as a medium of exchange because :

Answer. 17.
HDI stands for Human Development Index. It may be defined as the process of widening people’s choices as well as raising the level of their well-being. The concept of HDI goes beyond income and growth to cover all human choices. It put the people at the centre stage and covers all aspects of human development with the aim of improving the conditions of the people from all angles. It is a broader approach to development.

Answer. 18.
Right of the consumers are :

(i) Right to Choose : Any consumer who receives a service in whatever capacity, regardless of age, gender and nature of service has the ‘right to choose’.
Example : Suppose you want to buy a soap and the shop owner says that he can sell the soap only if you buy a shampoo. If you are not interested in buying the shampoo, your right to choose is denied.
The consumer has every right to purchase only those things that he wants to purchase.

(ii) Right to be Informed : In order to protect the consumers from the exploitation of the producers or the shopkeepers, the consumers have been provided the ‘Right to be Informed’. Under this right, the consumer should be informed about the ingredients used, price, batch number, date of manufacture, expiry date and address of the manufacturer.
Example : Suppose you want to purchase garments, you must be informed about its quality and price as well as the instructions for their washing.

Answer. 19.
By 1890, a global agricultural economy had taken shape. It was accompanied by complex changes in labour movement patterns, capital flows, ecologies and technologies.
The features of global agriculture economy were as follows :

OR
Charles Dickens wrote in his book ‘Dombey and Son’ about the massive destruction in the process of construction of underground railways. He wrote :

According to one newspaper reader, the underground railways were a menace to health because the compartment in which he travelled was filled with passengers smoking pipes. The atmosphere was full of mixture of sulphur, coal and dust. The gas lamps gave foul smell. By the time the train reached Moorgate he was nearly dead because of suffocation and heat.

Movement because of the following reasons :

Answer. 21.
Industries pollute the environment by polluting air, water and land. They also cause noise pollution. They have increased pollution and resulted in a degraded environment. The pollution created by industries can be classified as :

Answer. 22.
Roads in India are classified on the basis of their capacity are as follows :

OR
Major problems faced by road transport in India are :

Political parties are one of the most visible institutions in a democracy. They reflect fundamental political divisions in a society. They are a part of the society and involve partnership.

Characteristics of a political party are :

OR
Every social differences does not lead to social division :

Answer. 25.
Iqbal is a construction worker and thus would be catagorised under secondary unorganised sector.

Raju is a mine worker, hence his work would be covered under unorganised primary sector.

Faisal has his own tailoring shop and provides his services to the people. His nature of work comes under tertiary sector but it is also unorganised.

OR
Major factors responsible for the high growth of the service sector in India : 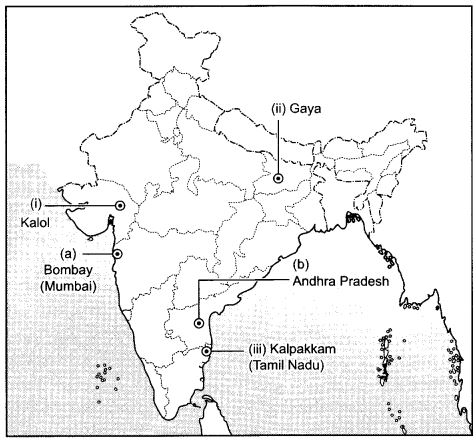