These NCERT Solutions for Class 9 Maths Chapter 7 Triangles Ex 7.4 Questions and Answers are prepared by our highly skilled subject experts.

Question 1.
Show that in a right angled triangle, the hypotenuse is the longest side.
Solution: 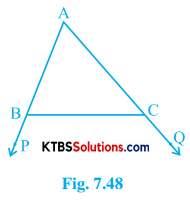 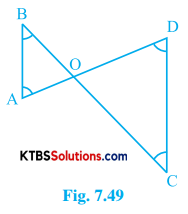 Question 4.
AB and CD are respectively the smallest and longest sides of quadrilateral ABCD (se Fig. 7.50). Show that ∠A > ∠C and ∠B > ∠D. 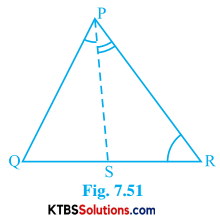 Question 6.
Show that of all line segments drawn from a given point not on it, the perpendicular line segment is shortest.
Solution:
Given: A straight line l and a point P not lying on l. PM ⊥ l and N is any point on l other than M.