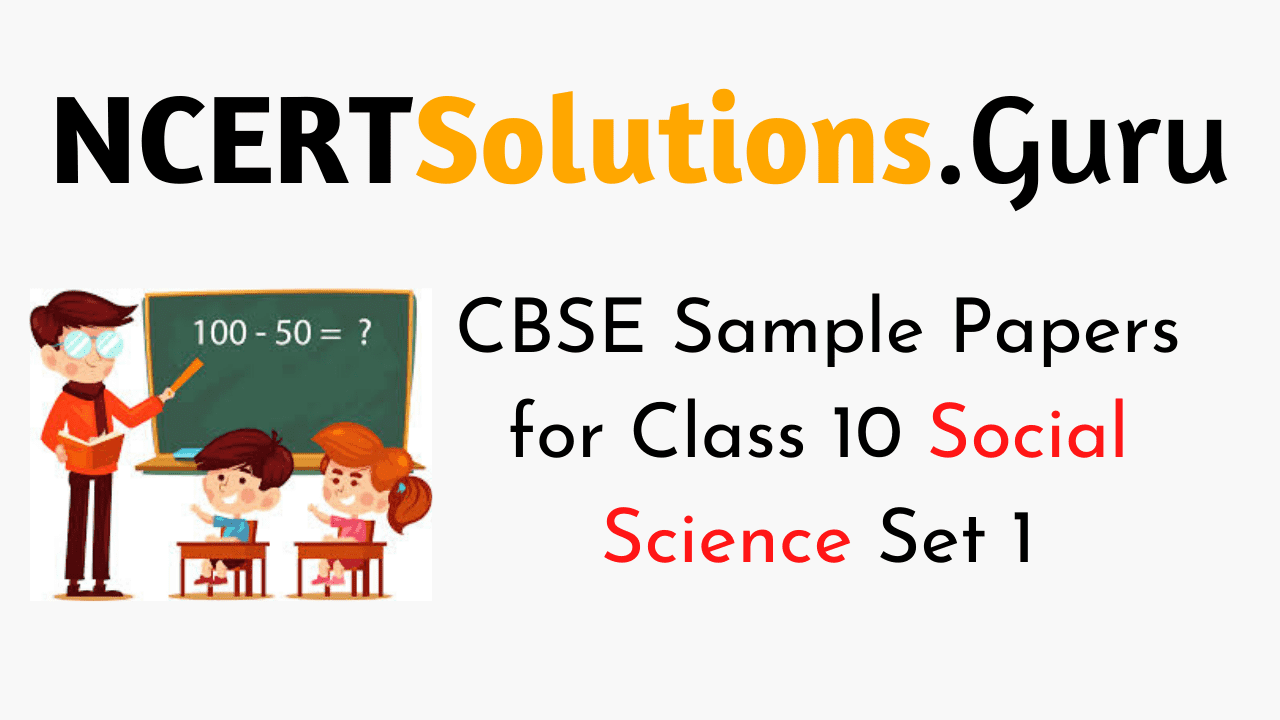 Question. 1.
‘Elle’ was frequently used in the states of German confederation. What was it ? [1]
OR
The rat hunt began in Vietnam in 1902. What was the reason behind it ?

Question. 2.
Define calligraphy. [1]
OR
Who was the first proper modern Indian novel writer ?

Question. 6.
Due to which reason the latest models of different items are available within our reach ? [1]

Question. 8.
The ideas of French revolution spread to other parts of Europe. Explain. [3]
OR
Explain the role of languages in developing the nationalist sentiments in Europe.

Question. 9.
What were the drawbacks of manuscripts ? [3]
OR
Write a short note on the rapidly growing popularity of novels among the common people.

Question. 10.
The need of water is increasing day by day. Why ? Also mention the effects of over exploitation and excessive use of water resources. [3]

Question. 11.
Kanhaiya is a farmer, he is practicing slash and burn agriculture in tropical regions. What are its salient features ? [3]

Question. 12.
There are two or more sets of government in federalism. Justify it. [3]

Question. 13.
Even after so many years of democracy. “India still faces challenges in holding elections”. Analyse this statement. [3]

Question. 14.
How does democracy produce an accountable, responsible and legitimate government ? [3]

Question. 17.
What are the three advantages of Globalisation ? [3]

Question. 18.
What are the difficulties a consumer faces when he wants to seek redressal against unfair trade practices ? [3]

Question. 19.
Explain how the abolition of Corn laws in Britain led to the emergence of a global agriculture economy. [5]
OR
Why did industrial production in India increase during the First World War ?
OR
When and where was the very first section of the underground railway in the world opened ? Describe in brief the difficulties of travelling in the underground railway.

Question. 20.
Explain the features of the Boycott and Swadeshi Movement. [5]
OR
Who presided over the Lahore Congress Session in December 1929 ? What were the immediate outcomes of this session ?

Question. 21.
Distinguish between the Rabi and Kharif crops. [5]

Question. 22.
Analyse any five problems of Indian road transport. [5]
OR
How has the distribution pattern of the railway network in the country been largely influenced by physiographic and economic factors ? Explain with examples.

Question. 23.
What is the status of women’s representation in India’s legislative bodies ? [5]

Question. 24.
What are the characteristics of a political party ? [5]
OR
Suggest some reforms to strengthen parties so that they perform their functions well.

Question. 25.
How is the tertiary sector different from other sectors ? Illustrate with few examples. [5]
OR
Compare the employment conditions prevailing in the organised sectors and unorganised sectors.

Question. 26.
(A) Two features (a) and (b) are marked on the given political outline map of India. Identify these features with the help of the following information and write their correct names on the lines marked near them. [5] 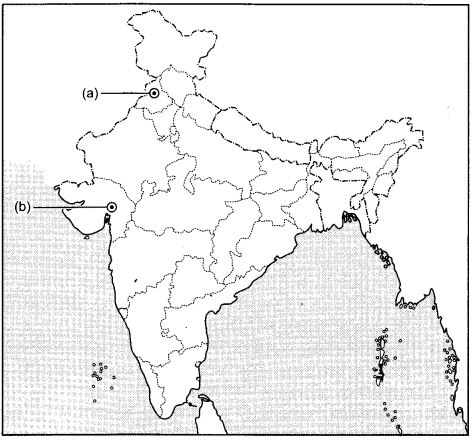 (a) The place where Jallian- wala Bagh incident took place.
(b) The place where peasants organised a Satyagraha in 1917.
(B) Locate and label the following with appropriate symbols.
(i) A software technology park in Jammu and Kashmir.
(ii) The only nuclear power plant in Uttar Pradesh.
(iii) Raniganj coal mine.

Answer. 1.
‘Elle’ was the measurement of cloth from elbow to finger tip, which was used in Europe particularly in Germany.
OR
The rats, carrying the germs of plague, started entering the homes of French. So, to get rid of the rats, a ‘Rat-Hunt’ was started in 1902. The French hired Vietnamese workers and paid them for each rat they caught.

Answer. 2.
Calligraphy is a visual art related to beautiful and stylish writing.
OR
Srinivas Das wrote the first proper modern novel in Hindi.

Answer. 3.
Strip cropping is the method of cultivation in which different crops are sown in alternate strips to prevent soil erosion.

Answer. 4.
A dictatorship is an authoritarian form of government where all the power is vested with a single person. He has absolute control over government.

Answer. 5.
Paper notes, coins and plastic money are the modern forms of money.

Answer. 6.
Due to globalisation, the latest models of different items are available within our reach.

Answer. 7.
RTI stands for Right to Information Act. This act is an Act of the Parliament of India which came into force in 2005.

Answer. 8.
The idea of French revolution spread to other parts of Europe due to following reason:

OR
The role of languages in developing the nationalist sentiments in Europe :

OR
Reasons for the rapidly growing popularity of novels among the common people :

Answer. 10.
The demand for water is increasing day by day due to the following reasons :

Over utilisation and mismanagement of water resources may cause :

Answer. 12.
As federalism is a system of government in which the power is divided between the union and provinces. Usually it has two levels of government.

Answer. 13.
Elections are a challenge to Indian democracy because :

Therefore, the government should think different ways to minimise and check the election expenditure as it has become a big challenge to Indian democracy in holding fair and free elections.

Answer. 14.
Democracy is a form of government in which people rule themselves through their elected representatives.

Answer. 15.
Economic development is the increase in growth and welfare of people, improvement of quality of life and increase in per capita income.

The two measures of the measuring the economic development of the country are :

Answer. 16.
Money is defined as anything of value that series as a generally accepted medium of exchange, legal tender for repayment of debt, standard of value and a means to store purchasing power.

It is accepted as a medium of exchange because :

Answer. 17.
Three advantages of Globalisation are :

Answer. 18.
Difficulties faced by a consumer in seeking redressal against unfair trade practices are :

Answer. 19.
The abolition of Corn Laws in Britain led to the emergence of a global agriculture economy in the following ways :

OR
During the First World War India witnessed increased industrial production due to : the following reasons :

The first section of the underground railway in the world was opened on 10th January, 1863 between Paddington and Forringdan Street in London.

Following were the difficulties of travelling in the underground railway :

Answer. 20.
Following were the features of Boycott and Swadeshi Movement :

OR
Jawaharlal Nehru presided over the Lahore Congress Session in December 1929. Following were the immediate outcomes of this session :

Answer. 22.
The problem of Indian road transport are :

OR
The distribution pattern of the railway network in India has been greatly influenced by physical and economic factors such as :

Answer. 24.
Following are the characteristics of a political party :

OR
Suggestions to strengthen political parties :

Answer. 25.
There are many ways in which tertiary sector is different from other sectors : 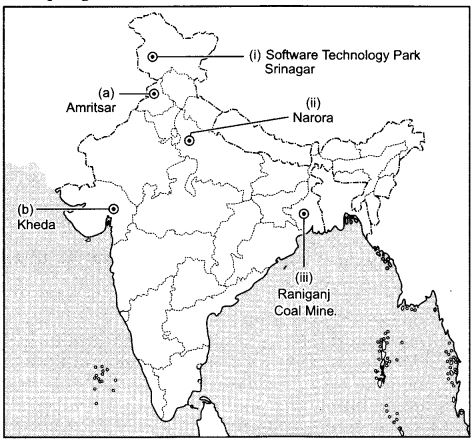